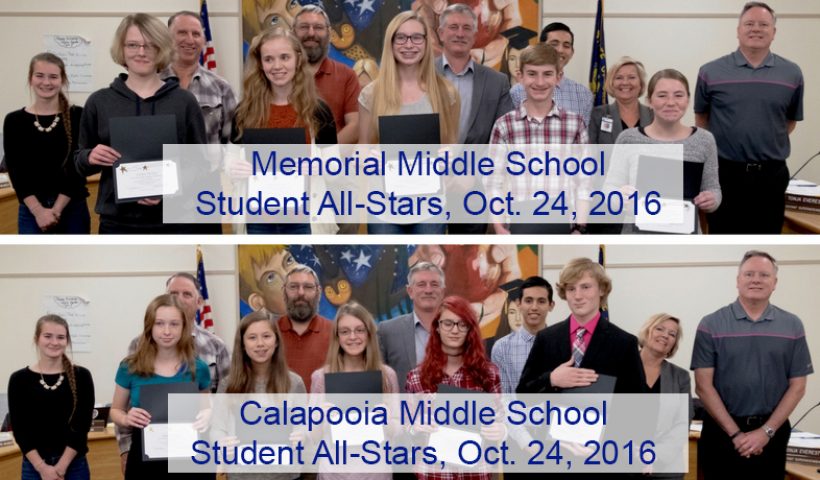 On Monday, the School Board honored Student All-Stars from Memorial and Calapooia middle schools for earning the highest scores on the 2015-16 state assessments in reading, math and science.